Sign Up. It's Free!
About Us Columnists Innovators Brands

allnurses offers access to nurses/experts in various nursing fields/specialties for information on nursing topics. This has proven to be an excellent resource for media as they are developing stories related to hot nursing topics and need to obtain information directly from nurses.

Are you a member of a media organization seeking to contact allnurses.com?

‘I Do Fear for My Staff,’ a Doctor Said. He Lost His Job.

Doctors and nurses responding to the Covid-19 pandemic are the superheroes of our age, putting themselves at risk to save the lives of others.

I am a critical care nurse. I know mistakes happen in medicine — sometimes due to miscommunication, lack of vigilance, and fatigue, but more fundamentally, due to lack of accountability from hospital leadership and flawed systems. As nurses, we take an oath to “do no harm.”

Breaking Coverage of Nurse Indicted on Charges of Reckless Homicide

A case of incorrect medication being dispensed lead to the death of a patient and allnurses.com offered both an insightful and detailed article outlining the disheartening events. Coverage immediately following the indictment of the nurse in question showed the knowledgeable writing staff at allnurses.com as well as the experience and insight of the commenters at the website.

Feeling burned out is a common complaint from nurses in the field, but what’s less prevalent are tried-and-true solutions to solving this issue. One nurse, in a social media post last week, went so far as to call the problem a Rubik’s Cube. Read More

allnurses.com, the largest online community and peer-to peer networking site for nurses and nursing students, celebrated National Nurses Week with an unprecedented seven days of giveaways. For twenty years, allnurses.com has been the collective voice of the nursing community, supporting the profession by... Read More

Digging Deeper Into the Nurse Shortage; Inside the Shoes of an ED Nurse

By now, we’re all well aware that there is a growing shortage of nurses within the health care profession, and part of that is fueled by a scarcity of RN educators to help train future caregivers. Read More

Feeling burned out is a common complaint from nurses in the field, but what’s less prevalent are tried-and-true solutions to solving this issue. One nurse, in a social media post last week, went so far as to call the problem a Rubik’s Cube. Read More

allnurses.com, the largest online community and peer-to peer networking site for nurses and nursing students, celebrated National Nurses Week with an unprecedented seven days of giveaways. For twenty years, allnurses.com has been the collective voice of the nursing community, supporting the profession by... Read More

4 Biggest Myths about Nursing, 1 Nurse’s Wish List and Where to Get Free Stuff

It’s that time of the year again, when the entire health care profession rallies together to celebrate some of its most vital members — nurses, of course. Read More

allnurses.com Has Seven Days of Giveaways in Honor of National Nurses Week

allnurses.com, the largest online community and peer-to peer networking site for nurses and nursing students, is celebrating National Nurses Week with an unprecedented seven days of giveaways. For twenty years, allnurses.com has been the collective voice of the nursing community, supporting the profession by providing a place where nurses can network share and learn from each other... Read More

Nurse Watch: A How-To Guide on Seeking Your Next Nurse Job; What's Your 'Nursing Kryptonite'?

If you’re just in the initial stages of nailing down your next nurse position, the American Hospital Association has you covered. The AHA’s Career Center recently released a handy new guide... Read More

Malpractice is a huge concern for hospitals, with such payouts amounting to about $3.9 billion in the U.S. in 2014... Read More

Nurses just scored a couple of key victories in their long-running battle over independence and scope of practice... Read More

preweb.com - allnurses.com, the preeminent source of nursing news, information, and discussion among nurses and nursing students, is pleased to announce the relaunch of its jobs website, jobs.allnurses.com. The updated site is designed to provide users with a more user-friendly experience and allow employers and recruiters to better reach job seekers with new enhancements, lower prices and well-defined options to market careers to users. Read More

StarTribune - A Maine judge gave nurse Kaci Hickox the OK to go wherever she pleases, handing state officials a defeat Friday in the nation's biggest court case yet over how to balance personal liberty, public safety and fear of Ebola. Read More

USA TODAY - In the fight against Ebola, nurses are on the front lines, risking their own health to care for others. Now they want hospitals to have their backs. Read More

American nurses lack the most important protection from Ebola: training

QUARTZ - As people around the world try to assess the danger of Ebola, it's particularly disconcerting to hear that health workers who one might presume are knowledgeable enough to protect themselves from... Read More 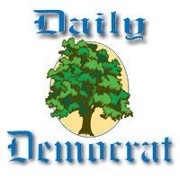 Ebola and Hospitals: How Great is the Threat?

When Ebola Enters the Workplace

WALL STREET JOURNAL - Issues around communication, training and pay are cropping up as leaders try to quell fears while making sure they will be adequately staffed if infected patients come to their facilities. Be sure to watch the video which... Read More

Nurses Say They Are Unprepared to Take on Ebola: Polls

NY DAILY NEWS - A survey of more than 3,000 nurses by allnurses.com, a networking site for nurses and nursing students, found that 74% of participants don't feel ready to take on an Ebola outbreak or even a patient. And 73% said their hospital hasn't... Read More

MEDCITY News - Responding almost immediately to the news of the Dallas nurse who contracted Ebola, nurses across the country are adding to the growing chorus of concern over how hospitals and front-line healthcare workers deal with... Read More

Healthcare Workers and Ebola - How Safe Are You?

about careers - The Centers for Disease Control (CDC) and the federal government continue to reassure the general public and healthcare workers that they have nothing to fear regarding the spread of Ebola. Read More

PR Newswire - A survey from allnurses.com, the largest online networking and support site for nurses, reveals that the majority of nurses (74 percent) think the job outlook for the nursing industry is positive. Read More

5 Questions to Ask Before Starting Your Own Business

Inc. - You have what you think is a great idea for a new business. But being an entrepreneur isn't without hazards. Before quitting your job, it's important to take a hard look at your circumstances. Read More

StarTribune - When Brian Short got his first computer in 1994, he was still a nursing student. "The Internet was fascinating," he recalled — but in those years before powerful search engines, it was hard to find information online... Read More

Evaluate online communities for their usefulness

LAS VEGAS REVIEW-JOURNAL - Sit back for a moment and visualize the sentences filled with information passing each other like airplanes in front of your eyes. They're unstoppable. You may not have time to evaluate them before... Read More

It's National Nurses Week! Poll: Who's the Best TV Nurse?

Parade - It's National Nurses Week! That means it's time to thank and appreciate these vital caregivers. In honor of the occasion, we're celebrating the best fictional nurses... Read More

PRWeb - The largest peer-to-peer online networking site for nurses and nursing students announces the launch of its "Thank a Nurse" initiative... Read More

CNN Money - Since the recession, health care has been the single biggest sector for job growth, but that doesn't mean it's easy to get hired... Read More

Up to $2 Million per Claim